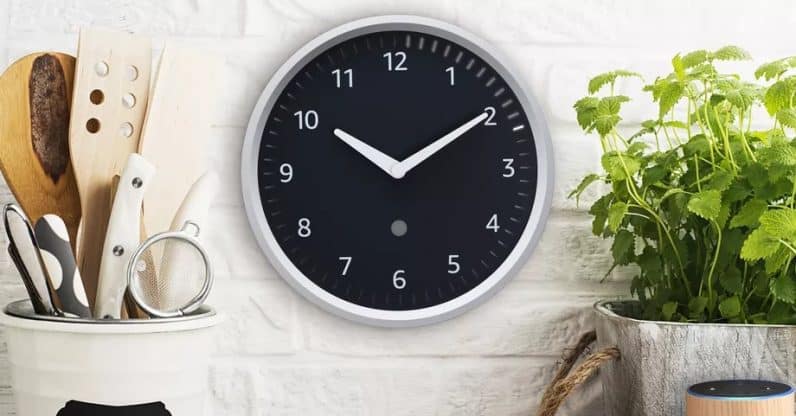 In January 2019, Amazon the eCommerce giant pulled back the Amazon Echo Wall Clock because it had a few connectivity issues. But it’s back and you can buy it.

According to a few reviews posted on the listing, the clock and Echo were having a few connectivity issues and disconnected randomly. However, removing the battery and installing it again solved the problem for a few days and the connectivity issue would come again.

It was reported by TheVerge that Amazon has relisted the Amazon Echo Wall Clock and the bluetooth connectivity issues have been resolved. If you are a Prime customer, you can get it delivered to your place in a day.

Also Read: Instapot Review: Which is the best instant pot for you?

For those who don’t know about the clock, Amazon Echo clock is just like a normal clock, but with a few smart features such as setting multiple timers and Digital 60 LED. It also doesn’t require you to keep asking about the time left, it’ll just notify once the time is up.

If you’re new to the clock, watch the below video to connect it with Amazon Echo, Echo Dot, Echo Show, Echo Plus, Echo Spot, or Echo Input.