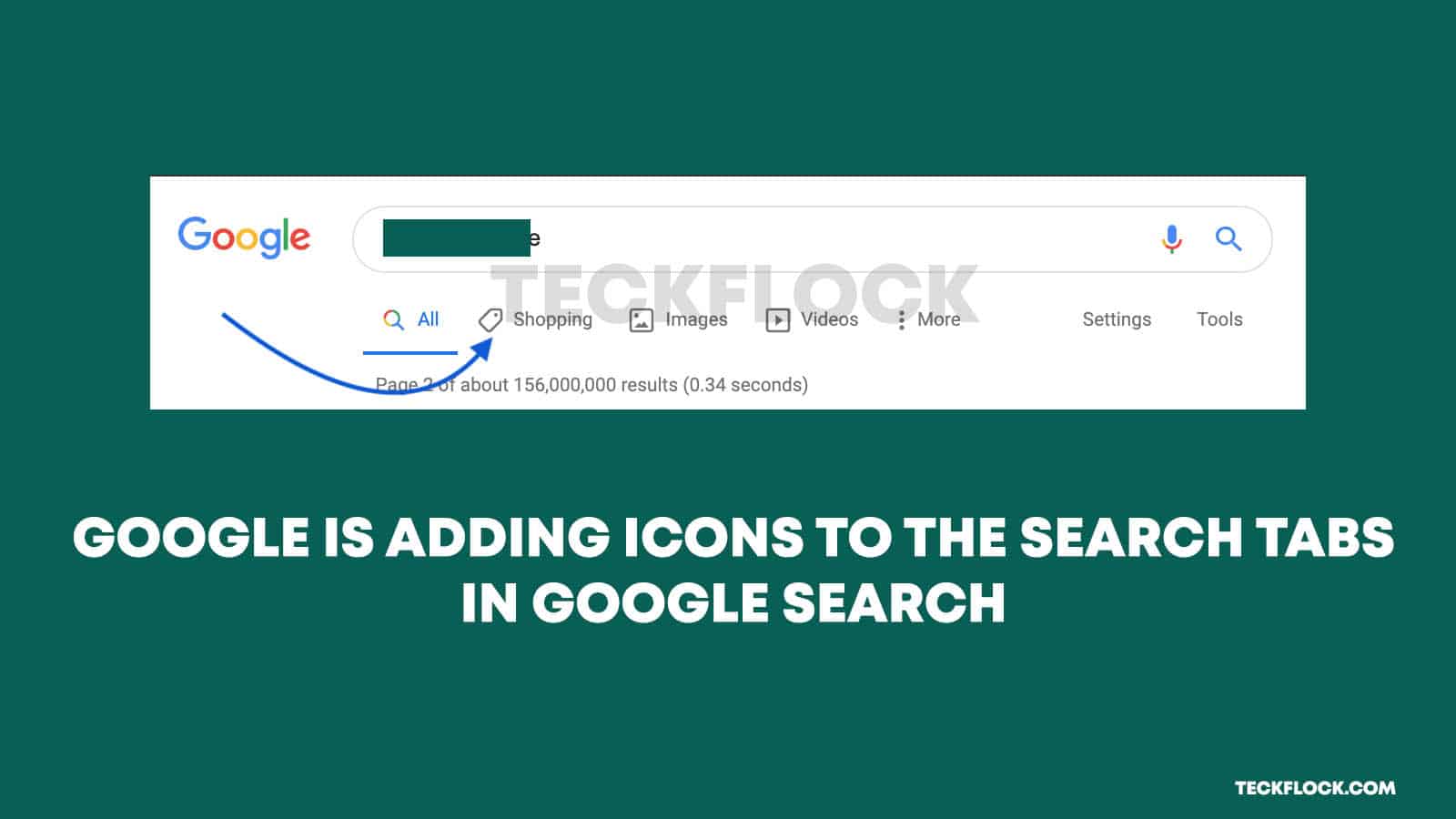 Google, the Internet search giant has been working hard towards improving the UX. The recent update in the design brings “Icons” in the search tabs (Images, News, Shopping.) Prior to this it also redesigned the Google News platform and added icons to the news sections.

The icons look great on the search tabs and make it easier for the users. There’s a good chance that the CTR would improve too which might increase the traffic to websites ranking in those sections. There’s no study behind it, but it’s just a viewpoint we at TeckFlock have, the reason why we think like that is because a majority of the users tend to click more when they see graphics.

The new icons aren’t available for everyone and would randomly show up if you are someone who makes a good number of searches on the search engine. It’s not just that section where Google is working, the giant is up with plans to revamp the entire search engine and bring a uniform look for all the Google products like Google News, Gmail, Google Assistant, Google AdSense, Analytics.

Yesterday, Seroundtable also reported about an update in the design of where Google added images in the sitelinks of the results. Another update that happened recently is with the Google Assistant where the giant added images to a few results and instead of showing horizontal results, it made them vertical.

They also have been trying to bring the DuckDuckGo kinda look in the normal search by showing Favicon of a site near the site URL on the search results page. However, that part hasn’t been finalized yet so not all the users can see it. It’s not just the Google search which will have this design in the future, the Google news tab also has a new design which looks very similar to this.

However, none of them are available to all the users. They show up randomly for users and are gone within a refresh. But the work can be seen, which means when Google search gets redesigned, there’s a good chance that you might see changes to these sections.