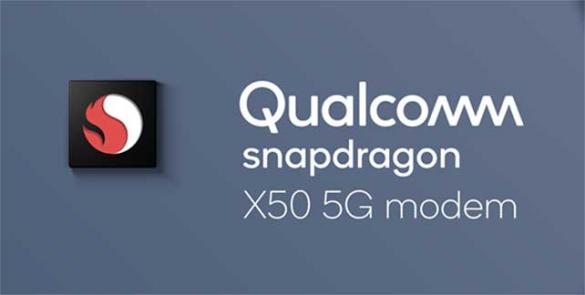 The 5G network isn’t ready yet, but the smartphone makers are preparing for the future and want to launch devices that might support 5G.

Qualcomm, the largest mobile chip maker has introduced a new second-generation chip to allow smartphones to connect to 5G networks. The chip is said to be faster than the first generation chips which were used by Chinese smartphone makers such as Xiaomi last year.

“This year, virtually every major Android [phone maker] will be launching a phone with 5G,”

While most of the upcoming 5G smartphones would use chips from Qualcomm there are a few smartphone companies which will rely on other chip makers such as MediaTek and Intel. Some of the smartphone makers such as Huawei will use their own chips. Samsung also has its own 5G modem called Exynos 5100 which it’ll use in the non-US variants.

Also Read: MIUI 11 Update: What Xiaomi Devices will support it?

During December, Qualcomm and Samsung mentioned about working together to release a 5G smartphone this year. Besides, a few analysts believe that the South Korean giant might announce a 5G phone in a few days.

We at TeckFlock believe that the newer smartphones will be announced during the Mobile World Congress that’ll be held in Barcelona. Earlier today, we also reported about LG’s plans to launch the LG V50 ThinQ with 5G support. However, we aren’t sure about the chip which will be used by LG.

Qualcomm is one of the best mobile chip makers and not just smartphone manufacturers like them, but the users who use the devices also love their chipsets. The chipmaker is working hard with 5G phones elements such as the design of antennas, chips for handling analog radio waves and a lot of other things to provide faster network access which would lead to adoption by more smartphone makers.