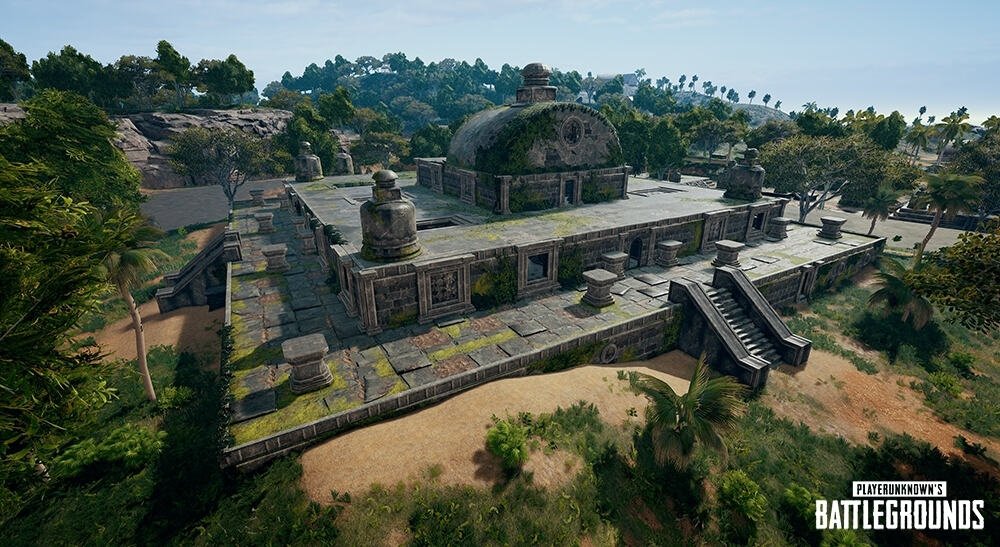 The Sanhok map has been one of the most popular maps in the game. But till the recent update, one couldn’t play arcade mode on that map!

The recent update in the PUBG Mobile game has brought in some new features and solved a few bugs from the previous version. Addition of the Sanhok map to the arcade mode is one of my favorite additions, but I also loved playing the Resident Evil 2’s Zombie mode event.

The update is versioned as 0.11.0 and the size of the update is 436 Mb. After updating it, when you start the game for the first time, you might have to download another file of size around 14 Mb for the game to function. So overall, you’ll be spending around 450 Mb of your data to get the game updated to the latest version.

When playing in the Arcade mode, a player doesn’t lose the points and can just keep playing to keep himself entertained or while he’s waiting for his team to get online. Most of the people playing in this mode don’t care about getting killed, but as reported by GamePolar, most of them don’t play this mode because it has only Erangel map. But after the recent update, one of the Arcade modes i.e. Quick Match will have the Sanhok Map as well.

The arcade mode itself has 4 different modes, they are War, Quick Match, Sniper Training and a Mini Zone. For the time being, you can play the Sanhok map only in a quick match. However, you can expect the other modes being enabled for the map in the next update, provided people show interest in playing arcade on a Sanhok map.

How to Play Sanhok Map in Arcade Mode?

The good thing is that after updating the game, you’ll be able to play your favorite Sanhok map in arcade mode. The bad thing is that you won’t be able to select the map, so it’ll be a random map every time. Basically, it means that right now, you have the map inside the arcade mode but you can’t specify the map you want to play.

The basic requirements for you to be able to play the Sanhok map would require you to update the game to the latest version. To update it, navigate to the Google Play Store, search for PUBG Mobile and update it. Once you’ve updated it from the Play Store, start the game, select arcade mode and click on quick match. Depending on your luck, you’ll get the map. So if you’re lucky, you’ll get it.

Besides the Sanhok Map addition to Arcade Mode, What else’s New?

Zombie Mode: Ever played Resident Evil 2? This addition is from that game. In this mode, you’ll not just be killing the other players, but you’ll also be surrounded by a lot of Zombies and Bosses and you’ll have to kill them and survive till the dawn. Besides, you’ll also have to move towards the circle and kill the other enemies to win the game. However, it’s a time-based event and might disappear soon, so play it with your squad at least once.

Moonlight Weather comes to Vikendi: Vikendi is a snow map, it’s slightly larger than Sanhok map, but is one of the latest map additions to the game. The new weather addition would make the game play even better for some gamers, but for some it could be a nightmare. However, most of them don’t prefer playing this map and love sticking to Sanhok or Erangel.

Player Spaces: Ever wanted to showcase your team members or friends whom you play with on your profile? This particular option would allow you to show the friends with whom you’ve synergy more than 400 to your profile. One can find it near the Player Information and Connections. So add your team members now!

The update also focuses on a few game improvements, they include:

With every major update, there are surely two or three new bugs that’ll come into the picture, but the team works hard on solving them, so you should consider reporting the bugs you come across.

You can update to the latest version by going to the Google Play Store and search for PUBG and click on update. However, if it’s blocked on your network, you shall consider checking out mirror sites such as APK Mirror and download the latest version. However, we won’t recommend you to download the app from the official source, until there’s no other option left.

It’s now time to say bye to this article and get a “Winner, Winner, Chicken Dinner!” with your team. Share this article with them to educate them about the new additions and fixes. Go and play at least one Zombie mode game with your squad.