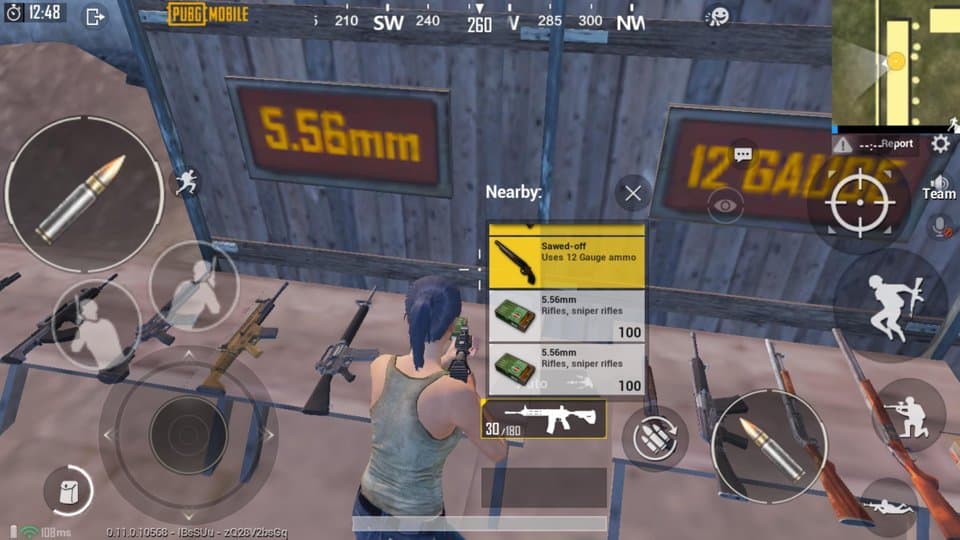 Training Mode in PUBG Mobile is one of the best ways to test different guns, use different setups such as using a gun with compensator or suppressor, adding stock etc.

It wasn’t mentioned, but after the recent update, the number of bullets one could get at a point of time has been increased from 30 to 100 bullets in the training mode. It would allow you to focus more on the training and less on waiting for the bullets.

Not everyone who plays the game would get into that mode, but for the ones who are serious about their game and want to test different guns, different gun setups, improve their aiming skills generally use this mode. You can also consider checking out the quietest keyboards that I use.

A lot of Gaming YouTubers use that mode to show their audience about different guns, aiming guides, gun setups which are best for ideal situations etc. Additional of 100 bullets would in one round help the video makers focus on recording the video.

A few of the other things which were announced by them included Moonlight support for Vikendi Map, Zombie Mode from Resident Evil 2 (Limited time event only), Player spaces to show the clan you belong to, Sanhok Map addition to Arcade mode.

While all the above-mentioned features were announced and displayed in the change log, the number of bullets increased wasn’t. However, xMaschine, Redditor posted about this discovery on r/PUBGMobile and it was brought into our notice by Kamal Tiwari from the Dakoo Gang clan on PubG.

A few users have also reported that after the update, a lot of network related issues and rendering issues have been resolved. The game seems to be more stable than it was in the previous update. Users who experience high-ping even when their internet is fast have said that their latency has reduced. But not to worry, with the upcoming 5G Network, the latency problem is going to come to an end.

We’d also be interested in knowing if you’re interested in playing a tournament which would be conducted by us in the coming month? There would be no entry fees and the winner could win $100 just. But we’ll only conduct the tournament if we get good number of players, because what good is a game when there are no players.